A portion of the description for the balsam poplar (from the book I scanned the images from) is: “Above, the color [of the leaf] is somewhat yellowish green; below, it is whitish, like that of all other poplar leaves. The outline is distinctly egg-shaped, but pointed, and is finely but obtusely toothed. Prof. Bailey speaks of this tree as the most variable of all the poplars cultivated in this country. He says it is represented by three marked varieties, “differing from the species and from each other in the habit of growth, shape and color of leaves, and character of twigs.” The tree grows from 40 to 70 feet high, has a pyramidal figure, and is found in the woods and beside the streams in the Northern States. Its leaf is thick, firm, and borne erect on the twigs; and the large, brown-yellow leaf buds are covered in spring with a fragrant resinous coating.”

Here is a black and white version of the balsamifera leaf illustrations.

The second clip art leaf illustration is of a Speckled Alder.

The description, from the book, for this tree and its leaves is as follows: “The speckled or hoary alder, properly speaking, is a shrub; yet it often grows 20 feet high, and sometimes has one substantial trunk. There is scarcely a brook or streamlet passing through the White Mountain region which is not shaded by the very dark olive-green foliage of the speckled alder, and I call to mind mile after mile of valley road edged by this beautiful bushy tree; indeed, it might justly be called the “roadside genius” of sylvan New Hampshire. I think the “speckled beauty” of the woods, although he does not seem to know it, owes this alder an enormous debt of gratitude for hiding his cool and pebbly retreat and entangling the angler’s “fly.” Whoever has fished in a mountain stream has unwilling formed more than a “scraping acquaintance” with this tree – the brook trout’s best friend.

Its leaves are extremely coarse, irregularly toothed, prominently brown-veined, very downy beneath (especially when young), and dull, dark olive above. The bark of the twigs is also olive-green, and that of the trunk is shiny, ruddy green. The purple and yellow catkin which appears in spring is extremely graceful, and scatters clouds of pollen dust if disturbed. In the fall we will find the catkin buds and the “cones” on the same bush. The cones resemble red-pine cones in miniature.”

Here is a black and white version of the speckled alder.

Although not a leaf, but needles, the third clip art “leaf” illustration is the Hemlock.

The description of this tree and its needles, from the book, is as follows: “There is no more graceful and ornamental evergreen tree than the hemlock when it grows in the open, where it receives the full benefit of unobstructed sunlight. The boughs of this tree are plumelike, drooping, and spread out laterally with an appearance of feathery lightness. Its blunt, flat needles, about half an inch long, are the most lustrous dark green imaginable, with a delicate whitish tint beneath; in late spring the newer ones are light yellow green. There is no phase of tree life more beautiful than that presented by the hemlock clothed in its springtime garb; the tips of the dark-green sprays are pained in yellow-green, with a fairylike daintiness, the effect of which could only be conveyed to the mind by a careful study in color.

But a young, full-foliaged hemlock on the edge of the pasture is a very different character from the dark and gloomy tree in the forest shades; here, its straight stem, with few or no lower branches, rises to a height of from 50 to 80 feet.

The tiny cones are oval, thin-scaled, and, when young, tan-color. They are scarcely over half an inch long, and depend from the lower side of the branchlet… This tree abounds in the rocky woods of the North; it extends from Maine to Delaware, and follows the Alleghany Mountains southward to Alabama; westward it finds its limit in Minnesota.

Here is a black and white version of the hemlock.

Also new in my shop this week, by request, is a set of vintage style flashcards with a school subjects theme. 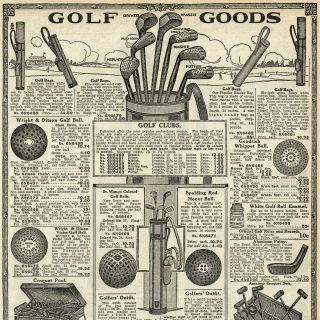 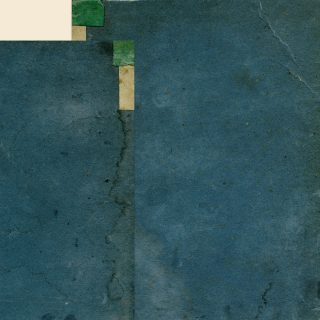 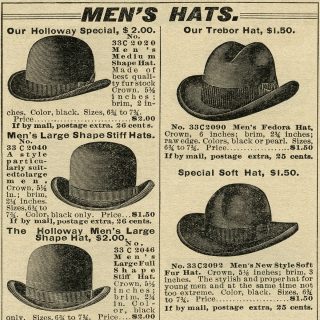 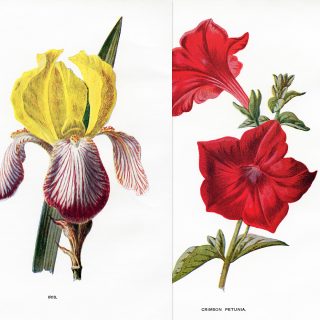 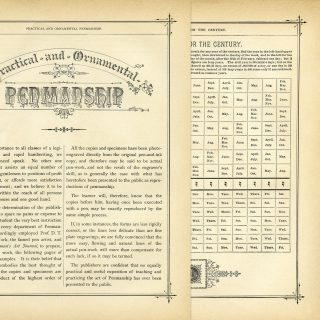