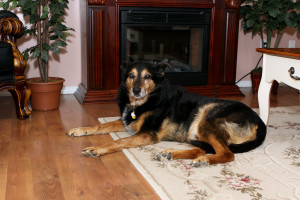 We adopted Little Bear when he was 5 1/2 weeks old and after 14 1/2 years, we had to say goodbye to our precious old boy. He had arthritis that became so bad that his legs were giving out. We saw him deteriorate more each day in the last week. It became difficult for him to get up from a lying or sitting position and he was beginning to stumble and sometimes trip when he walked. Yesterday the vet said he may have a week or two left but that he may have an accident and hurt himself since he wasn’t walking well. We didn’t want to risk that or see him get worse than he already was so we chose to let him go now. Ken and I snuggled our precious Little Bear as our dear vet put him to sleep.

I have more pictures of Little Bear that I may post one day in memory of him but for now, both Ken and I are suffering with broken hearts.