You are here: Home / Random Musings / If You Pray

This is my precious eight year old grandson, Austin. This picture was taken at our family Christmas party last December. 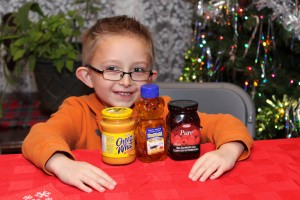 Austin has been sick, beginning last Monday. His parents thought he had the stomach flu but by the end of the week, instead of getting better, Austin was getting worse. His mom and dad took Austin to the emergency ward of their small-town hospital yesterday morning. The doctor did several tests, gave him some IV fluids and let Austin return home. Austin’s parents took him back to the hospital a couple hours later because Austin was in severe pain. After completing more tests, the doctor that was on call at their hospital sent him the three hour drive, by ambulance, to the children’s hospital in our city. Austin’s mom rode in the ambulance with him and Austin’s dad drove by van with the rest of the family. They arrived in the city about 2:00 a.m.

A team of doctors did many tests on Austin through the night and throughout the day today. They discovered that Austin has a swollen liver with elevated liver enzymes and fluid build up in his abdomen because his liver is not functioning properly. They also discovered that Austin’s heart is enlarged and after doing an ultrasound on Austin’s heart and liver, combined with the other test results, they have determined that the cause of Austin’s liver problems is congestive heart failure.

We are in shock and afraid but we are desperately clinging to hope for Austin’s full recovery. If the heart failure is caused from a virus, it could get better on its own. The doctor said about 1/3 of the patients get better on their own. About 1/3 stay the same and about 1/3 get worse. Some patients who do get better, get worse before they get better and a turn for the worse can happen very quickly so they’ve moved Austin to ICU where they can monitor him closely. 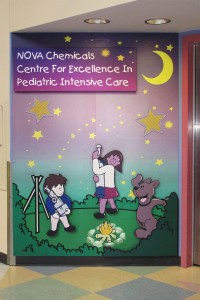 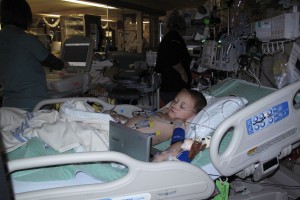 Austin is a mild mannered, gentle little boy but the pain makes him scream in agony. He said even under his fingernails hurt. Today they’ve started giving him morphine for the pain.

If you pray, please pray for Austin to recover.

I’ll be at the hospital off and on throughout the week and taking care of Austin’s siblings here at home as well so I don’t expect to be online too much this week. I love blogging and I’ll be back with the free images when my schedule and my heart are ready. For now I’ll keep my Etsy shop open but if I feel the need to close it for a few days, I’ll let you know.